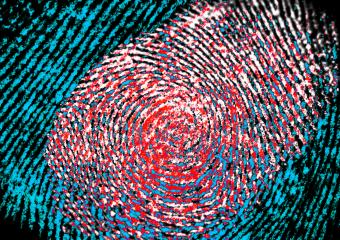 Expert evidence is evidence given by a skilled witness who are competent to form an opinion that can only be acquired through the course of special study or experience. Expert evidence might include the obvious things like blood sample analysis through to less obvious subjects such as the price of drugs on the street.

The evidence of an expert will only be admissible at trial where it meets the legal requirements. So, it is very important that your solicitor understands the requirement and is able to analyse expert evidence thoroughly. There’s no point paying for an expensive report if the prosecution are able to exclude it because it didn’t meet the rules. Equally, your solicitor should be able to spot defects in prosecution expert reports and challenge them effectively.

The admission of expert evidence is governed by the Criminal Procedure Rules and case law.

The defence will usually commission an expert to write a report who will then produce a full report rather than a summary of the evidence.

The full report must include a number of points that are set out in the Criminal Procedure Rules. A very important point that must be included but is often overlooked is the requirement to "include such information as the court may need to decide whether the expert’s opinion is sufficiently reliable to be admissible as evidence". It is surprisingly common for an expert to simply state their opinion without providing any reasoning or evidence to back up their assertion. That approach is not sufficient, as the judges in Davie v Edinburgh Magistrates 1953 SC 34 explained:

“[The expert’s] duty is to furnish the judge with the necessary scientific criteria for testing the accuracy of their conclusions, so as to enable the judge or jury to form their own independent judgment by the application of these criteria to the facts proved in evidence.”

You can read about a case where we successfully challenged the contents of an expert report here.

Another important point to consider is whether the expert is actually qualified to give the evidence at all. The Criminal Procedure Rules require the expert to set out their qualifications in their report, which should give a good indication. A good example comes from the US case of Gammill v. Jack Williams Chevrolet, Inc., where an expert mechanical engineer attempted to offer evidence about the allegedly defective design of a car seatbelt. Unfortunately, his expertise was in fighter jet design rather than car design and his evidence was ruled inadmissible as he lacked specific expertise.

In some situations it will be possible to directly challenge the expert’s conclusions through factual research. Here’s two examples our Nick Diable was involved with before he began practising motoring law exclusively.

First, Nick’s client was accused of raping a girl under 13 and having sex with a defective. There was a twenty year old video recording of the male defendant having sex with a female. The prosecution found a paediatrician who gave evidence that having examined the person on the video her expert opinion was that the girl was a child around the age of 12 years and that she had learning difficulties. Nick was able to successfully challenge the accusation by tracking down the person shown in the video and proving that she had been 19 years old at the time it was made.

In the second example, Nick’s client was accused of being part of a pack of men who chased and murdered another man. The police identified Nick’s client through CCTV analysis of people seen in the chasing group and an officer gave evidence that he had studied the footage for over 300 hours and was thus an expert in it. Nick analysed the footage too and was able to show that the man shown in the chasing pack was shorter than all the men shown around him – Nick’s client was 6’3” tall. Nick was also able to find a video recorded by the police of them arresting a man dressed in identical clothes to Nick’s client but who was at least a foot shorter than Nick’s client. The judge at the Old Bailey through the case out and recorded a not guilty verdict.

Where the expert evidence is defective in some way, perhaps because the expert lacks sufficient qualifications or because they have not set out the reasoning behind their conclusion, the defence can seek to exclude the evidence.

The first port of call is to argue that the evidence does not fall within the definition of expert evidence and is thus merely opinion evidence, which is not admissible at trial.

Alternatively, if the court finds that the report does fall within the definition of expert evidence then you will want to consider applying to exclude it under the rule in section 78 of the Police and Criminal Evidence Act 1984, which allows for the exclusion of unfair evidence.

In conclusion, expert evidence is only admissible as an exception to the general rule again opinion evidence. There are strict rules governing its admissibility and solicitors should always be alive to the question of whether a report complies with those rules. Where a report does not comply with the rules, your solicitor should be looking to exclude opposition evidence or, if it is your report, returning it to the expert for correction.

If you have a case involving expert evidence that you need reviewing then contact one of our expert solicitors now.