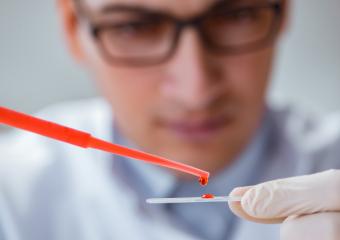 There are strict rules governing the admissibility of expert evidence. In this case, the prosecution obtain forensic evidence that did not comply with those rules and were forced to drop the case against our client.

Our client, AW, was stopped driving her car by police. They breathalysed her and found she had no alcohol in her system so they conducted a drugs swipe, which came back positive. She was then arrested and taken to a police station where officers conducted an impairment test. Despite passing the impairment test, AW’s blood was taken for drug analysis. The result eventually came back claiming she was over the limit for amphetamines.

AM instructed that this must be wrong because she had never used amphetamines in her life.

Nick Diable dealt with her case. He quickly discovered that she was taking prescription anti-anxiety medication. Nick studied neuroscience and psychopharmacology as part of his first degree. He immediately became suspicious that the prescription medication had returned a false positive and undertook some initial research that uncovered a scientific study that appeared to confirm Nick’s suspicion.

Nick arranged a consultation with Dr Brian Rooney, an expert toxicologist, who was able to confirm Nick’s suspicion that in the right circumstances it is possible for AM’s medication to be mis-identified as MDMA or amphetamines. Nick immediately raised the issue with the court and prosecutor.

The prosecution responded by producing a report from their toxicologist that simply said, “it is impossible for prescription medication to be mistaken for amphetamines”.

Nick responded by notifying the prosecutor and court that we would be seeking to exclude the expert evidence as it failed to comply with Rule 19 of the Criminal Procedure Rules and various previously decided cases. There were various issues but broadly speaking an expert should provide the court with sufficient information to make a decision, simply saying “X isn’t possible” without providing any explanation or evidence to back up that statement breaches the rules.

The Crown considered their position and discontinued the case again AM. The court subsequently made a Defence Costs Order allowing AM to recover her legal costs.

If you are facing an allegation involving forensic evidence then contact one of our expert solicitors for advice on challenging the case against you.