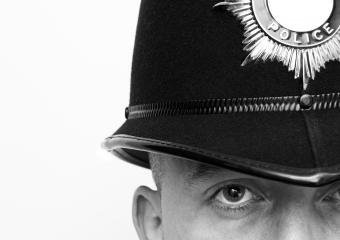 What is the statutory warning and how does it affect me?

If you’ve been charged with drink driving – or drug driving – then you should have heard the statutory warning just before you blew into the evidential breath machine (EBM) at the police station or provided specimen of blood or urine. If you weren’t given the warning by the officer conducting the test, then you are not guilty regardless of the result of the test.

The statutory warning tells a person being required to provide specimens of breath, blood or urine in connexion with a drink driving offence that they can be prosecuted if they fail to provide either of the two specimens that is required.

What does it mean for me?

If you have been charged with drink or drug driving, then whether the police gave the statutory warning correctly or not could be the difference between you being convicted or acquitted.

Parliament created the system of testing and set out a strict regime of what should happen during the alcohol or drug testing procedure. The police must abide by that regime or face the prosecution being thrown out of court.

In Simpson v Spalding, Lord Justice Ralph Gibson said, “I can see no escape from the conclusion that a failure to warn… causes the requirement made without that warning to be ineffective.” In other words, if the police officer conducting the test does not warn you that you can be prosecuted for failing to provide then the entire testing procedure is ineffective and cannot be relied upon in a trial as evidence against you. Lord Justice Salmon explained the reasoning behind this in R v Dolan when he said, “Unless [the suspect] is given the warning, which [is] mandatory, he may not know the law and may have no idea that he has a statutory obligation to comply with the request and is committing a criminal offence if he refuses to do so.” In other words, a suspect should be able to make an informed decision whether to provide the specimens or not in the knowledge of the consequences of failing to provide.

So, if you were not told that failing to provide either specimen of breath, blood or urine could render you liable to prosecution then the prosecution against you will fail and you will be found not guilty.

It is for the prosecution to prove that the police gave the statutory warning, not for you to prove that it was not given. This means that once you raise the failure to give the warning as an issue the prosecutor must either get the police officer who conducted the test to court or produce CCTV of the test. In one of our recent cases, the officer was unavailable for trial and so the prosecutor produced a video of the test that did show our client being given the statutory warning. Unfortunately for them, the prosecution failed to obey the Law of Evidence, which lead to the exclusion of their CCTV and the acquittal of our client.

What happens if the warning was given but I didn’t understand?

The answer to this depends on why you did not understand.

If you didn’t understand the warning because it was given in English and you are not an English speaker, or you speak only limited English, then you will have a defence if no interpreter is used. By way of example, we represented a gentleman who had been in the UK on holiday visiting his brother who lives here. He spoke some English but was unable to provide us instructions without his brother interpreting for him. The police officer began the testing procedure with and interpreter on the telephone but got annoyed halfway through and hanged up the phone meaning the warning was given without an interpreter as were the instructions for how to blow into the machine properly. The prosecution dropped the case on the morning of trial once we persuaded a prosecutor to watch the video footage!

If you do not understand the warning because you are too drunk then you will not have a defence – although you will have a defence to failing to provide if you are too drunk to physically blow into the EBM. The reasoning behind this approach is that to allow people a get out of gaol free card because they were too drunk to understand would frustrate the purpose of the legislation. You can rely on intoxication if you are physically unable to blow as the police have alternative options such as taking specimens of blood or urine.

So, in conclusion we can see that the police must follow the testing procedure created by Parliament and that failure to properly warn a suspect about the legal risks of failing to provide will cause the prosecution to fail. If you have been accused of a drink driving or drug driving offence and would like to discuss your case with a solicitor, you can call us on 020 8242 4440 or email us via our contact page.