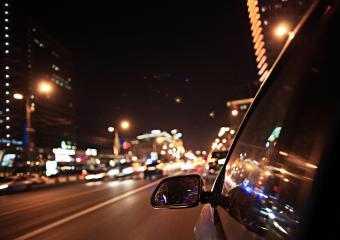 What is a road?

It’s pretty obvious what we mean by a road, isn’t it? When we talk about a road in everyday conversation we might use the word to mean a street, a thoroughfare, a car park or even the physical surface on the floor. We might use “road” to describe the surface on which cars drive or even the pavement. What we mean by a road is important because some offences can only be committed on a road and the legal definition is not nearly as broad as the one used in every day speech.

In the UK, drink driving is only a crime when committed in a public place or on a road, but the legal definition of a road is much narrower than you might imagine. If you drink drive in a private place or on a road that does not meet the legal definition of a road then you will be not guilty, so it’s important that you (and your solicitor) knows the difference.

What is a road? The Road Traffic Act tells us that a road is, “any highway and any other road to which the public has access and includes bridges over which a road passes”. When I was a school child, I was taught that it is wrong to define a word by using the word itself; I think it’s fair to say that the MPs who gave us this description went to a different school! In any event, we’re stuck with it so we’ll carry on as best we can. Barrett v DPP provided a much more helpful definition of a road when the judges said that the defendant had,

“followed a route between points which was tarmacadam with defined edges, road marking and signs; that the roadway was used by members of the public, including those who had no other business within the caravan park, as a through route to the beach”.

Clarke v Kato, agreed with Barrett and went on to tell us that each case will turn on the particular character of the area in question and that a road should normally lead from one place to another. This was followed in Brewer v DPP where the car park did contain a route through it but only from the public car park into a staff only car park and the court decided that was not sufficient to make the car park a road for the purposes of drink driving law.

In Alun Griffiths (Contractors) Ltd v Driver and Vehicle Licensing Agency, the court also considered whether the area in question was maintained at public expense and found in that case that part of the reason the area was a road was because the taxpayer paid to maintain it. That cannot be a definitive piece of evidence though because the Act also says that the road must be one “to which the public has access”. A road inside a military base may be maintained at public expense, have a tarmac surface with defined edges, road marking and signs but if the public do not have legal access to it then it is not a road for the purposes of drink driving law.

In summary, some offences can only be committed on a road. In law, a road is a place that leads from one place to another, has clearly defined markings, signage and boundaries and is maintained at the public expense.

Thus, if you have been arrested for drink driving on a road in a place that does not meet the definition of a road then you will be entitled to be found not guilty. Feel free to contact us if you would like to discuss your case with one of our experienced solicitors.