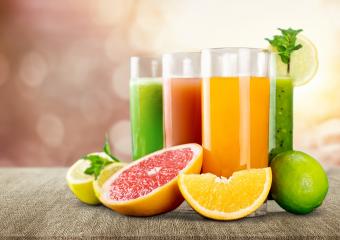 I want to talk about drink driving – like I talk about anything else – today. A newspaper story caught my eye about a lady who appeared at Bromley Magistrates’ Court accused of drink driving saying she had only drunk two wine spritzers, despite blowing 130 on the police breath test machine.

The lady went on to say that she had been living on a juice diet for some weeks leading up to the incident and that, presumably, had contributed to her being in excess of the drink driving limit when she crashed her car.

Having read the head in the newspaper, “drink driving hair stylist, 41, is banned from the road after blaming her juice only diet on being nearly four times over limit when she crashed her car on way home from the pub”, you could be forgiven for thinking that she had argued that she was not guilty as it was not her fault that she was over the limit.

Is a juice only diet a defence?

A lot of people know that to be guilty of a crime in England and Wales, the prosecution have to prove both that you did the criminal act and that you had some sort of intention to do the act. The exact level of intention varies from offence to offence, e.g. for murder you must kill somebody and intend to kill them or do them really serious injury, for theft you must take an item and intend to deprive the real owner of it. However, the situation is different for drink driving offences.

Drink driving is an offence where all that is needed for conviction is evidence that you committed the act. In this case, that you drove and at the time you drove you were over the drink driving limit. There is no requirement to prove any sort of intention on the part of the driver. This means that you are guilty even if you did not know you were over the limit. You are also guilty if a diet causes you to exceed the drink driving limit without your realising it.

So, we can say that a juice only diet is not a defence.

Can a juice only diet mitigate the offence?

First, let’s just decide what we mean by mitigate an offence: it’s pretty simply, mitigation is anything that makes an offence less serious. There are two types: personal mitigation, which is something about you; and information that mitigates the offence. A classic mitigation in drink driving is that your drink was spiked with alcohol without your knowledge. If successful, that will amount to a special reason that allows you to avoid the usual drink driving ban.

On the flip side of mitigation are aggravating factors. These make the offence more serious!

You might think, and this lady clearly did, that if you are on a diet that magnifies the effect of alcohol then that will be mitigation because it removes some part of your responsibility for driving while over the limit. But, there is a school of thought, which says that arguing you are on a special diet that makes you more susceptible to alcohol aggravates the offence rather than mitigates it.

Whether to argue points like this can be a very finely balanced path that requires some thought. The result will often depend on what other mitigation is available, i.e. if there is a lot of strong mitigation elsewhere then you might be better off ignoring the special diet line of reasoning, and thus the risk that the court will see it as aggravating not mitigating,

As ever, if you are accused of a drink driving offence, you should contact a solicitor to independent legal advice. If you would like to discuss your case with a specialist motoring law solicitor call us on 020 8242 4440 or send a message via our contact page.