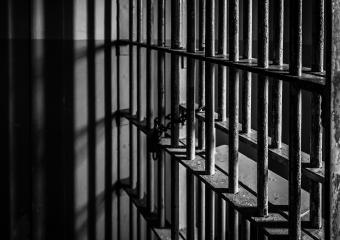 Following any major road traffic incident there will be people calling for tougher sentences and prison to be imposed on everyone from speeders up. Many people are surprised to find out that prison is already available for a large number of motoring offences, although not speeding unless you are going so fast your speed can be classed as dangerous driving.

The maximum sentence for drink driving is 6 months imprisonment. Failing to provide is also 6 months but dangerous driving carries a maximum sentence of 2 years and that is even longer where serious injury or death is caused.

The question many people want to know is, “will I go to prison?” The answer to that is quite complicated.

First, the court must decide that your offence is so serious that only a prison sentence is justified. That is called “passing the custody threshold”. However, that does not automatically mean you will go to prison.

We need to look at something called, The Imposition of Community and Custodial Sentences Definitive Guideline. That tells us that a prison sentence should not be imposed if a community order would provide a sufficient restriction on a defendant’s liberty and allow for rehabilitation of the offender to prevent future crimes. That means that once you pass the custody threshold the court can still give you a community order if the conditions imposed take up enough of your time that they restrict your liberty to do as you please. This could be done by a curfew at home between certain hours or by making you undertake unpaid work, so you have less free time outside of work.

The other option a court has is to suspend the prison sentence. This means that the court orders you to prison but gives you a chance to undertake rehabilitation or other work in the community. As long as you comply with the orders of the court and do not commit any other offences you will not actually go to prison.

So, when can a judge impose a suspended prison sentence? Once a judge decides that the offence merits prison, they should consider the facts of the case and decide on the shortest sentence that is justified by those facts. That is the term of imprisonment. Next the judge should ask his or herself whether there is a realistic prospect of rehabilitation, whether there is strong personal mitigation and whether immediate prison will have a significant harmful impact on others. If the answer to one or more of those points is “yes” then the judge can choose to suspend the prison sentence.

Alternatively, if the offender presents a risk to the public or has a poor history of compliance with court orders then the judge should impose an immediate prison sentence. The judge should also impose an immediate prison sentence if that is the only way to properly punish the offender. There will clearly be some cases where the likely harm caused to others by the defendant’s imprisonment is outweighed by the need to properly punish the offender – that is likely to be the situation in cases of dangerous driving where death or serious injury is caused to other innocent bystanders.

Whenever a person is facing a prison sentence, it is important for their solicitor to fully consider the Sentencing Council’s guidelines on imposing community and custodial sentences and then for the solicitor to mitigate properly and fully based upon those guidelines.

If you have been accused of a criminal offence and are worried that you may receive a custodial sentence then contact us today on 020 8242 4440 or email us via our contact page.