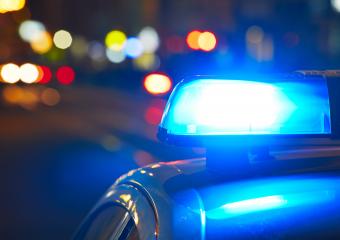 Special reasons: somebody spiked my drink with alcohol

Drink spiking (or lacing as lawyers call it) is the Schrödinger’s Cat of motoring law. On the one hand, we all know that it happens and that the police and bars routinely run campaigns telling people, particularly women, to be wary of people spiking their drinks. On the other hand, when somebody says “my drink was spiked” after they’ve been arrested for drink driving there’s a tendency not to believe them. This disconnect may result from people picturing drink spikers using some illicit substance, a powdered drug perhaps that they can slip into a woman’s drink, quickly mix it so she doesn’t notice then wait until the drug has rendered her defenceless. In reality, most spiking is done with alcohol[1] and the use of drugs like GHB and Rohypnol is very rare – why carry those about and risk being seen mixing them when a spiker could just order his victim a soft drink with a shot of vodka in it and achieve the same effect?

Most of the studies on spiking that we have seen focus on men spiking the drinks of (mostly) women with the intention of sexually assaulting them. But there is another group that exists but is never studied: friends spiking friends to “cheer them up”, “because they’re being boring”, “just to get them in the party mood” and so on. Anecdotally, we’ve noticed the latter group is mostly men spiking other men, but we’ve also come across women spiking other women and in one case a woman spiking a man.

What does the law say about driving after you’ve been spiked? Well, since drink driving is a strict liability offence – that means the prosecution do not need to prove you intended to drink drive – you are guilty even if somebody spikes your drink.

That said, you will have a special reason for avoiding the driving ban that usually flows from a drink driving conviction. The defence must prove three things:

These three things must be proven on the balance of probabilities, i.e. so the court is satisfied that it is more likely than not that all are true. It is not essential to have the spiker come to court, see our case report on JMM for an example of where a driver avoided the ban despite the spiker refusing to give evidence; however, having the spiker at court will greatly improve your prospects of success.

Proving that the driver did not know or suspect their drink had been spiked will require evidence from the defendant. The court will want to know what steps you took to avoid consuming alcohol, e.g. by ordering soft drinks or enquiring about the ingredients in pre-mixed drinks. The higher the alcohol reading the more the court will expect you to recognise that something was wrong. If you are an experienced drinker, you should expect the prosecutor to put to you that you should have recognised the feeling of intoxication even if you thought you had not been drinking.

The question of whether you are over the limit because of the spiking is normally one that must be answered through expert evidence. That means instructing a toxicologist to conduct a blood-alcohol concentration (BAC) calculation. The expert will want to know your age, sex, height and weigh so they can calculate the lowest, highest and most likely alcohol readings. The expert’s report can then go into evidence to prove you would not have been over the limit.

You will not need an expert report where it is obvious to the layman that you would not have been over the drink driving limit but for the additional alcohol. This might be because you say you only consumed soft drinks, in which case all the alcohol recorded by the police must be the result of the spiking. Alternatively, if you are very slightly over the limit – as in a microgram or two over – then you can reasonably argue that any additional alcohol added to your drink must be responsible for you exceeding the drink driving limit; however, even in those cases we would recommend you get an expert report.

If you have been accused of drink driving and need expert legal advice feel free to call our specialist solicitors today to discuss your case.