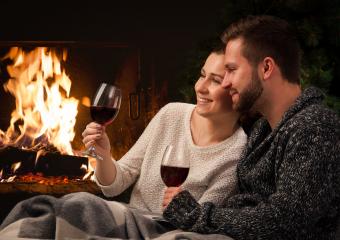 It has long been assumed that it is for the defendant to prove they consumed alcohol after they stopped driving and thus that they would not have been over the drink driving limit had they not drank that alcohol. Courts have typically required defendants to prove their case on the balance of probabilities, in other words, so that the court concludes their version of events is more likely that not to be true. Wilkinson’s Road Traffic Offences is the Bible of motoring lawyers and judges alike confidently predicts that, “as the onus of proof is on the defence, it would seem that as in other criminal statutes where Parliament has placed an onus of proof on the defendant it will be held that the onus is only that of a balance of probabilities.”

All that was turned on its head earlier this week when the latest volume of the Road Traffic Reports were published, which included the case of Ali v Director of Public Prosecutions. In that case, Mr Ali had argued that he was not guilty because he had drunk alcohol after he finished driving. The district judge hearing his trial had required him to prove it on the balance of probabilities and had then convicted him when he was unable to satisfy her. Mr Ali appealed to the High Court.

The appeal asked the High Court a number of questions, one of which was whether the judge was wrong in law to require the defendant to prove his case on the balance of probabilities. At the High Court, the parties submitted to the court that,

“It is common ground that there is a legal presumption that [a breath test machine] is working properly, that there is an evidential burden on a defendant to challenge this presumption by way of relevant evidence, but that once that burden is discharged (by adducing relevant evidence) the prosecution must prove [beyond reasonable doubt] that the machine was reliable.”

The High Court judges went on to say,

“We agree that these… propositions are an accurate statement of the law. It follows that the answer to the deputy district judge’s second question is that she did err in finding that there was a legal burden on the appellant to rebut the presumption of reliability of the [breath test machine] on the balance of probabilities. A defendant may [present to the court] “relevant” evidence that the [breath test] reading was not reliable. Once a defendant does that, it is necessary for the prosecution then to prove, to the criminal standard, that the reading was reliable, notwithstanding the evidence adduced by the defendant.”

This is a very important development for anybody who has consumed alcohol after driving then been accused of drink driving because it shifts the burden of proving guilt back onto the prosecution and relieves the defendant of the need to prove his or her innocence.

As the law stood before, if a driver returned home and began drinking only to have a police officer knock on the door and say that an anonymous person had reported them for drink driving (you’d be surprised how common this is) they would then have to prove that they had not drunk alcohol before driving to the satisfaction of the court. Under the new regime, the driver has only to raise evidence that they consumed alcohol after driving, the prosecution is then effectively require to prove beyond reasonable doubt that is not true or that the driver would have been over the drink driving limit anyway. There are a number of cases where there is no dispute that the driver consumed alcohol after driving – in recent years we’ve had several client’s arrested at home or in a pub with alcohol literally in hand being drunk – the police will have to obtain a count back of the alcohol level to ensure they can prove they were over the limit when they drove; in our experience the police very rarely get that evidence together.

If you have been accused of a motoring offence and would like expert legal assistance then call us on 020 8242 4440 or send us a message via our contact page.