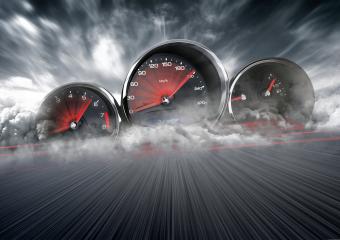 If you have been accused of speeding and know you are innocent, then you’ll want to check how the police have accused you. The first thing to work out is what type of device was used to check your speed. Broadly speaking there are fixed roadside cameras, which use either radar or piezoelectric sensors in the road. Mobile devices using a laser and devices mounted in police cars, which can use radar or be operated entirely by a police officer. It is also possible for the police to simply use the speedometer in their car.

When we know the type of device used we can look at whether any of the common problems that occur with it apply to your situation. There isn’t enough space in this blog to list every possible error that could arise so we’ll stick to some of the more common systems and their associated faults that allow people to successfully avoid speeding fines.

Radar systems – these direct a radar pulse towards target vehicles then time how long the radar pulses take to bounce back to the device to calculate the vehicle’s speed. These will often be combined with painted white lines on the road surface that the vehicle’s speed to be confirmed in the event of a dispute. Radar systems can be confused by interference leading to a false activation or by other vehicles speeding alongside you. The lines on the road do allow the correct speed to be calculated relatively quickly.

Piezoelectric sensors – these are sensor strips buried in the road that take advantage of the piezoelectric effect to measure speed. When pressure is applied to the sensor by the wheels of your vehicle a small electric potential is created. The speed detection equipment measures the time taken to for three strips to be triggered and uses that information to calculate your speed. Because the sensor strips often cover more than one lane it is possible for the sensor to be triggered by another vehicle, although this should be picked up by the police it is not always. Because piezoelectric sensors detect pressure changes they may be affected by changes in temperature or roadworks that disturb them leading to false positives, although at the moment I am not aware of any court cases testing this hypothesis.

Laser systems – lasers are typically used in hand held speed detection devices and devices mounted in vans on overpasses. They work on a similar system to fixed radar systems by bouncing a laser beam from reflective surfaces on motor vehicles then timing how long the reflection takes to reach the device. Unlike their fixed radar counterparts, it is important that the operator sets up the laser devices correctly, which includes conducting ranging checks before and after the operation has finished and selecting a site where there is unlikely to be interference from objects nearby. Nonetheless, interference does frequently happen leading to false positive results and people being issued speeding fines incorrectly. So, these devices may be challenged on a technical basis or on a user error basis if it has not been set up correctly.

Mobile detection units – the speed detection device used by mobile camera units is not evidence of your speed. The evidence for speed comes from the operator who must observe your vehicle, form an opinion of your speed and then operate the equipment. The speed recorded by the device is corroboration for the operator’s opinion of your speed, it is not independent evidence in its own right. Some operators will use their device on every vehicle they see and you can tell quite often tell if they have done that by the speed at which they take the reading. For example, if a reading is taken with 0.3 seconds of a vehicle appearing in shot then you know the operator has not formed an opinion as 0.3 seconds is the time it takes from activation to receiving a speed reading meaning there has been no thinking time and the operator must simply be firing constantly. If you can show that the operator has not formed a genuine opinion that you were speeding then there is no evidence and the case against you should be dismissed.

Timing systems – police cars are often fitted with devices that can calculate your speed. A common variety if the ProVida system, which times how long it takes your vehicle to travel between two fixed points to calculate your speed. This sounds fancy and the manufactures description makes it sound fool proof; however, the system is really nothing more than a very expensive and complicated stopwatch. It is entirely reliant on a police officer pressing the right button at the right moment, which means speeding fines can often be challenged through user error because a button pressed at the wrong moment can be the difference between the recorded speed being over or under the speed limit.

So, you should be able to see that once we know the type of device used in your case we can work out how it detects speeds and then look at whether anything happened that renders that speed reading unreliable. For radar or piezoelectric systems, the challenge will often be technical; timing systems will usually result in a challenge to it operation; and laser speed detective devices are open to challenge on both the technical and user fronts.

If you have received a speeding fine and would like to discuss your case with a solicitor then please do not hesitate to call us for expert legal advice from specialist solicitors on 020 8242 4440 or send us an email via our contact page.