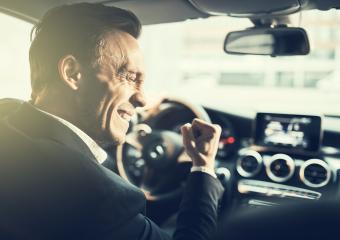 DK wanted us to help him keep his driving licence despite the large number of offences in a relatively short time. We made some initial representations to the police who were persuaded to drop one of the speeding allegations leaving DK facing 18 points rather than 21.

If you’re not familiar with the law on penalty points, we should explain that if you accumulate 12 or more penalty points within three-years of one another then the court must disqualify you for six-months as a “totter”, i.e. somebody who has totted up to 12 points. The rules are different if you are in your first two-years of driving when you are not disqualified but instead your licence is revoked under a different set of rules.

Once you get to 12 or more penalty points, the court must ban you for 6-months unless certain exemptions apply. The most common exemption is that disqualifying you would cause exceptional hardship to you or somebody else, e.g. a family member, a business, your employer, etc.

In DK’s case, we spent some time talking to him about his life. In cases like this, we want to know about a client’s family, their home, their work, their finances, any charity or voluntary work they do, etc. We need this information because it helps us identify potential hardship and assess whether that hardship will qualify as exceptional or not.

Following our conversation, we were able to identify that DK was the main breadwinner in the family, running a small business as the owner/operator of a mid-sized delivery lorry. If he were unable to drive, DK would lose existing contracts and would have no business to return to once his driving ban ended. Without DK’s income, the family would be unable to pay their mortgage, which would have a long-term impact on the family’s ability to obtain credit in the future.

The first order of business was to tie up all the cases into one hearing – since each matter is dealt with separately, they go to court as individual cases and will be dealt with separately unless somebody persuades the court to put them all together. We were able to persuade the court to deal with all three matters at a single hearing. This meant that DK was able to run his exceptional hardship argument in respect of all three cases and that he did not have to pay lawyers to attend three separate court hearings, thus saving him two-thirds of the potential cost.

At the court hearing, our advocate argued DK’s case and called DK to give evidence about the impact of a driving disqualification. The court heard everything and decided, “through gritted teeth”, to allow DK’s application. This means that despite having 18 penalty points on his driving record, DK is still allowed to drive.

If you are facing the prospect of losing your driving licence, call us on 020 8242 4440 or send a message via our contact page.